With ADT you’ll get service from the best in smart home security and can rest easy knowing ADT is ready to help in case of an emergency with their 24/7 professional monitoring. Start reading below for our full 2023 review.

ADT Security has been active as a security company in the U.S. for over 140 years. They currently stand as the biggest security company in the country, serving more than 7 million residential customers. Due to this extensive experience, vast resources and massive scale, they maintain a trusted reputation and have a solid foundation for all their customers. But with this model also comes several caveats, and it’s worth weighing everything to determine whether ADT is the right choice for your home.

The cost of this setup starts at $99 and could wind up being higher depending on your system. The fee is negotiable, but the nature of ADT’s installation process makes it a double edge sword for customers: great for those who can afford the fees and want everything properly set up for them, not as good for those on a budget or have the knowledge or inclination to set it up themselves. 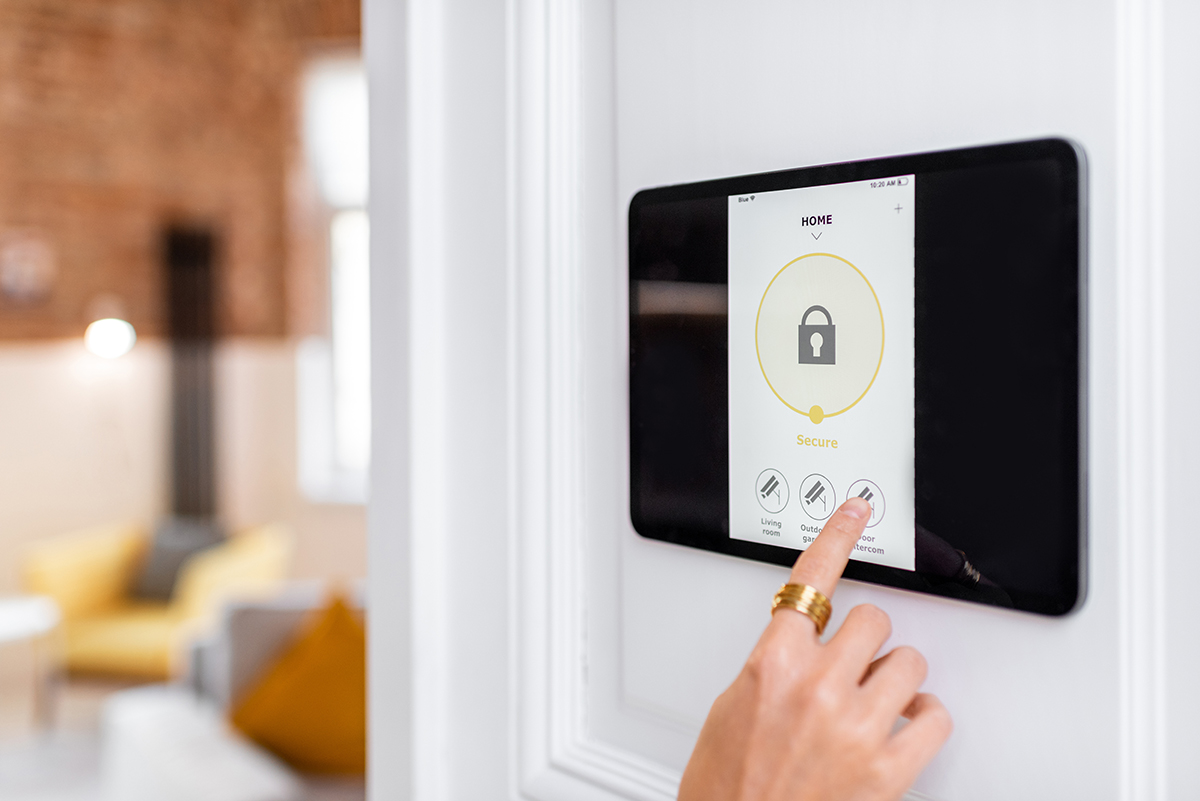 ADT sources hardware from a variety of manufacturers like General Electric, Honeywell and DSC. As a result they’re able to offer a pretty robust suite of equipment to choose from for your home security setup.

There’s several kinds of sensors/detectors available as part of your ADT system. Contact Sensors are devices that attach to door or window frames and notify you whenever they’re opened or closed, and are available in a variety of power input and size options depending on your space.

Motion Detectors are wireless and pick up movement in a range of 35×40 feet and can even be adjusted by weight so pets don’t set it off. Glass Break Sensors are also wireless, detect glass breakage within a 25-foot range, and can be a key component to your home security setup. In addition to these there are other safety devices like Smoke Detectors, Flood Sensors and Carbon Monoxide Detectors, all of which are wireless and are looped into the comprehensive ADT security system. These sensors are all capable and well-functional, serving their individual purposes and creating a better wide security network for your house.

There’s a variety of cameras to choose for your setup as well, although they fall a little bit behind the mark compared to ADT’s other device offerings.

The Video Doorbell camera is a popular one, allowing you to see and even speak to whoever’s at your door through the device. The basic functionality is there, with a 180 degree field-of-view, infrared night vision and two-way audio. But the video quality on offer only reaches 720p, less than something from Ring for example, which commonly offers 1080p doorbell cameras. That loss in video resolution is unfortunate, especially when it could impact potential security concerns. The ADT doorbell camera is also hardwired and needs an existing 8-24 VAC system to set up. If you don’t already have that in place in your house then you’d likely be better off with a wireless (and higher-resolution) doorbell camera from an alternate source.

There’s also Indoor and Outdoor Security Cameras, both also in only 720p resolution. The outdoor camera has infrared night vision and a 95 degree field-of-view which is underwhelming, although it is a very weather resistant device. The indoor camera also has infrared, and a better 130 degree FOV. There’s no two-way audio though, so overall your security cameras would be better off being sourced from companies like Ring or Nest, which have plenty of better cameras in 1080p or even 4K resolution for you to choose from.

You’ll have several control devices as part of the ADT equipment roster, principle of which is the Digital Panel, which is the primary control hub for your system. From this digital touchscreen you can selectively arm or disarm your system, even down to specific areas of your house. The portable Keychain Remote also arms and disarms your system, and also has a panic button that sends an alert to your monitoring team who then requests help for you.

Another portable device is the Emergency Button, a dedicated panic button. This device is wearable and clippable, with recessed buttons to prevent accidental triggering and customizable button functionality, depending on whether you want it to connect to the police, fire department or a local hospital.

There’s also a lot of control functionality from the ADT Pulse phone app, but more on than later. 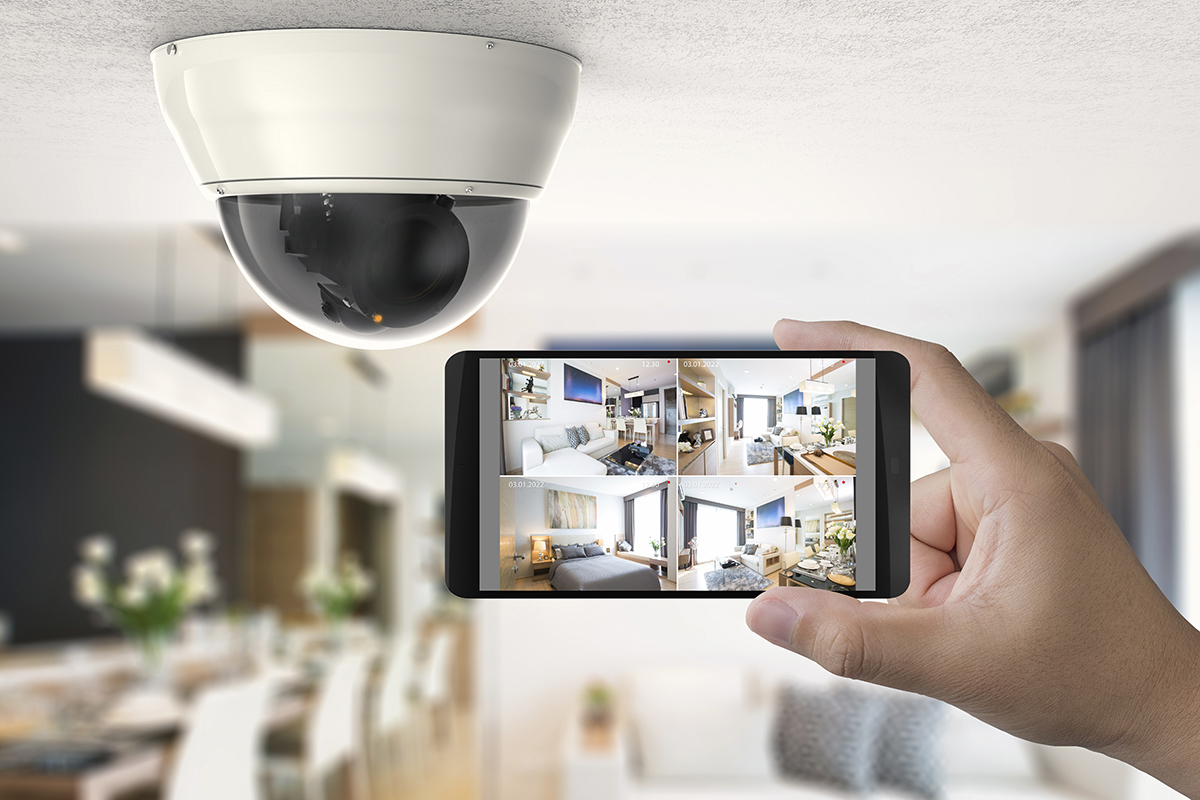 With ADTs breadth of equipment also comes various beneficial features and perks that make their services even more comprehensive.

You’ll have a large degree of control over your completed ADT security system, including voice assistance. You’ll have integration available with Amazon’s ecosystem, so you’ll be able to use Alexa to control your system with voice commands.

This is, however, the only voice assistant you’ll be able to use, since there’s no available functionality with other systems like Google Assistant or Apple’s Siri.

Another feature that could be either a benefit or a detriment depending on your preferences is ADT’s monitoring plan. In addition to the required professional installation is their 24/7 professional monitoring service and cellular backup. This means you will always have a team of ADT monitoring professionals ready for any problems, as well as backups in case a power outage occurs.

So if you’re looking for thorough coverage and comprehensive security service, ADT will provide. But if you’re looking to save some money and would prefer to exclusively self-monitor, ADT does not give you that alternative. Their service also requires signing into a 3-year contract, so you’ll be paying something between $40 and $60 a month for 3 years straight.

As we’ve mentioned, ADT requires professional installation and monitoring as part of their services, however you can still self-monitor in addition to the compulsory monitoring they provide through the ADT Pulse app. Available for iOS and Android, the app will enable you to arm your system, set schedules, create home automation measures, control any connected device, receive notifications, and even monitor livestreamed camera footage and speak through the two-way audio.

So the functionality is very impressive, and the execution of it is also well-done, providing an intuitive experience while using the app. 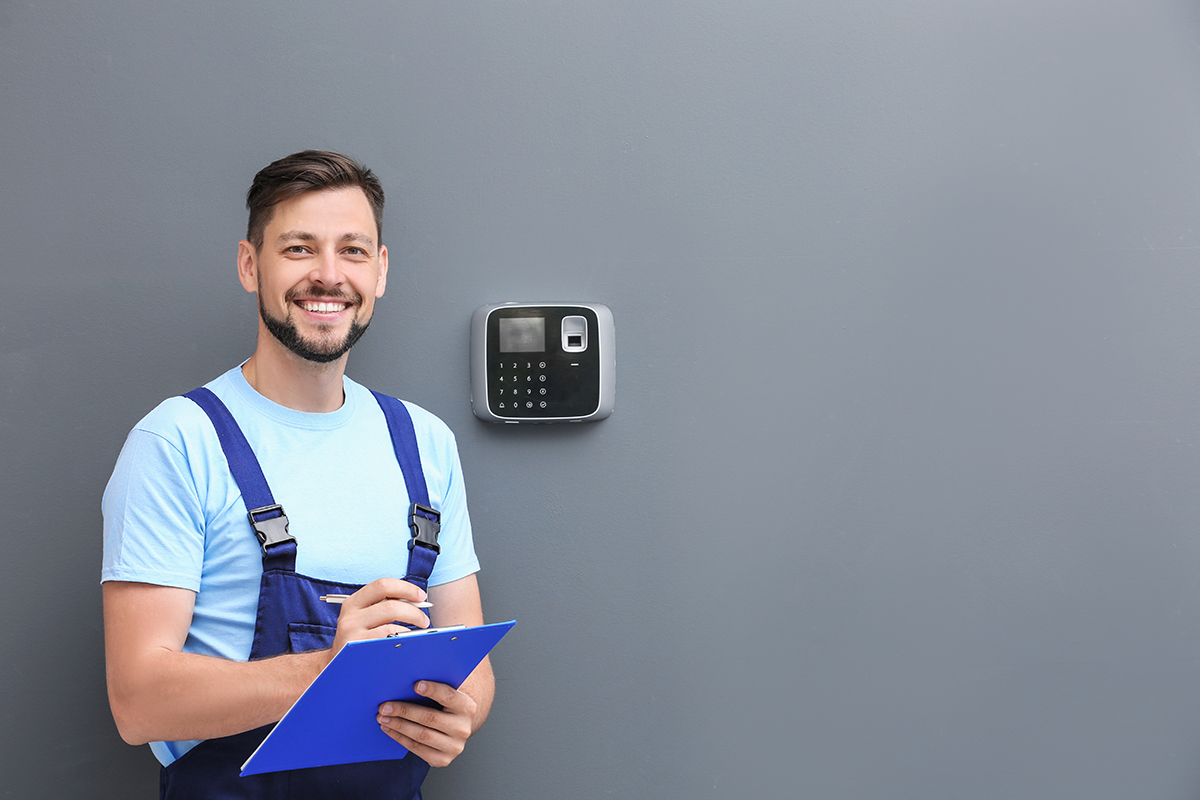 ADT offers 24/7 phone support, as well as email support and live chat, in addition to a useful online help center. Phone support can be spotty depending on the issue and the representative helping you, so using the live chat might be a more beneficial option for you to get more prompt solutions.

ADT undoubtedly offers great and comprehensive security service. Serving millions of homes for over 140 years, they have the experience and resources to provide knowledge, equipment and software to best serve your family’s safety. So why shouldn’t you choose ADT for home security?

Those who are on more of a budget might want to consider alternate providers. The mandatory installation and monitoring and their associated fees make ADT a tougher pill to swallow. Some of these fees are negotiable though, so if you’re on the fence that’s something to keep in mind.

Also, those who have more knowledge or a preference for setting up their own system and definitely want to only self-monitor might want to look elsewhere. ADT Security really is a premier choice for higher budgeted, more hands-off customers who are looking for something ready to just work on day one. But if you’re more hands-on or need to save big money, definitely shop around before deciding on ADT.