Ting Mobile is a cell service provider with a unique, affordable model. They offer several plans that particularly benefit low data users, all with LTE or 5G coverage and unlimited call and text. So you either stand to save a lot of money or pay even more than you do now, depending on your personal phone use.

Before November 2020, Ting touted themselves as an affordable wireless provider that “doesn’t do plans” with their model allowing you to pay only for what you use. But now they very much do, in fact, do plans. But they still maintain themselves as an affordable option, all while upping their talk and text plans to unlimited as well as offering LTE and 5G network coverage.

At the cheapest level, adding a line through Ting now costs $10 per month, and each additional line is also $10/month each. The cost per plan increases from there, to $25, $45 and finally $60/month for their highest level plan.

As for data, their most affordable plan (dubbed ‘Flex’) operates similarly to their old model, allowing you to pay $5 monthly for each GB of data you add onto the plan. Each plan from there offers a set amount of data each month that can be shared across multiple users, and a certain portion of that data that can be used for a hotspot.

Similarly to their previous pricing setup, those who don’t use much data will find this an affordable alternative to other major carriers, while heavy data users will find the higher-tier Ting plans not saving them much (or any) money compared to plans they may have had from mainstream providers.

If you go with the Unlimited Pro plan for example, you’d be paying $60 per month for one user. That’s about the average cost of what you’d pay at a larger carrier, and that’s assuming you don’t add any lines and don’t exceed your allotted data. But if you don’t typically use much data and could get by with their Flex plan, you could be paying as little as $15 per month: $10 for the single line and an extra $5 for 1GB of data.

Previously, Ting offered various calling and texting plans with generous but limited texts and minutes for you to use each month. This brings us to one of the biggest shifts with the new Ting model: all plans now offer unlimited calling and texting. This addresses one of Ting’s biggest customer requests and brings them closer to the setups of the major carriers.

Ting gives you very nice options when it comes to getting on their plan with the device of your choice. Beyond their selection of newer smartphone models, you also have the ability to bring your own device into the fold.

Select From the Latest Smartphone Models

Ting offers a selection of smartphones that includes fairly new Samsung and Apple models. Budget service providers often provide more underwhelming phone selections, so it’s nice to see an up-to-date selection including Apple, Samsung, LG and Google smartphones. If you’re willing to wait a little bit for the newest iPhone model, you can get it through Ting. You can even get it at a discount, since Ting offers a $150 credit on a phone for new customers.

Bring Your Own Phone onto the Plan

If you’re already happy with your phone or perhaps want to shop around elsewhere, Ting will let you bring any IMEI-eligible smartphone into their network. You’ll just need a $9 Ting SIM card and you’ll easily be able to switch over – Ting even provides instructions on transitioning to their service with your device. Just be sure to check on Ting’s site that your phone will work with their service.

You won’t need to lose your current phone number either, as you’ll be able to port your existing number over to Ting when you switch. You may need to supply some information like an account number, account PIN, billing data and of course the phone number, but it’s very good to know you won’t lose your number if you want to make the change to Ting.

Ting Mobile is an independent Mobile Virtual Network Operator (MVNO). This means that you get the same level of service and coverage that you would on a major carrier by utilizing several of their existing networks through an independent party and at a potentially much lower price. Even though Ting is a budget option for cell service, it actually operates on Sprint and T-Mobile’s 5G LTE networks. T-Mobile will cover GSM bands, while Sprint provides CDMA coverage (although T-Mobile generally covers more of the nation, so a T-Mobile-compatible phone on GSM networks might serve you better here).

So you still get largely reliable 5G LTE coverage, although you may want to verify network coverage for your area first. You’re likely to get more steady service closer to the city rather than in remote locations, but you can visit Ting’s website to check coverage for your ZIP code.

The feature set of Ting’s current model is less enticing of a service than it used to be. Previously, in addition to the direct correlation between using less data and paying less per month, their updated structure has done away with several of the data-saving features that kept users from exceeding how much data they wanted to use each month.

Features like data caps, text alerts for data thresholds and the use of the Ting Mobile app for monitoring your usage no longer factor in, since Ting will now simply charge you extra for any data you use that exceeds your monthly limit. They claim this is due to some of the carrier network they utilize not supporting those features, but that they may try to re-implement some of them in the future.

Ting’s 30-day price guarantee gives you better assurance that you’re getting a good price on a new phone. So beyond their $150 credit for new customers, their 30-day guarantee ensures that – if the price of a device you buy through them goes down within 30 days of your purchase date – you’ll receive the difference you paid in a service credit on your account.

On the surface, Ting actually seems like a better option for consumers than a usual contract. You’re not locked into long-term agreements and entry to the Ting sphere is affordable and easy.

So should you give up on your carrier contract and move to a Ting plan? Well that depends on your location and potential usage. You should first verify that their 5G LTE network extends to your area. If it does – what kind of data do you use daily? If you do some texting, calling and some light social media, then Ting could be a great move. If you regularly stream video or lots of music on your phone though, then you should maybe stick with the contract.

The support options and service for customers seems to be well-laid out and helpful from what we’ve seen. No holds or transfers were experienced when calling their support line, which is something they pride themselves on. Online chat is also an option, which is also responsive, with friendly assistance from a live support agent.

Ways To Save On Ting Mobile

With a model like Ting’s, there are many price-saving moves you can make. Most importantly – light data use. The Ting plan succeeds when you don’t use data heavily. So video streaming, music streaming or downloads should be restricted, avoided or just relegated to WiFi. If you can keep data use low, you’ll see big savings from Ting.

Family plans with shared data will also help cost, reducing price as it’s spread out across more users. You can also bring your own phone to avoid spending on a newer device, only having to pay a few dollars for a new SIM card. However if you do buy a device through Ting, you can save a lot through the 30-day price guarantee as well as the $150 credit for new customers.

Lastly, if you want to make the change to Ting but your current carrier is imposing a fee for ending your long-term contract with them early, the Ting Early Termination Fee (ETF) program will make that transition easier. Ting will provide an account credit of 25% of whatever your carrier’s termination fee was (up to $75). This helpful benefit will take some of the financial burden off switching to Ting, and it’s even stackable for multiple users if your friends or family are ditching the big carrier all at once.

Ting Mobile looks to us like a viable, promising and budget-saving option for those whose lifestyle fits with it. If you’re outside their coverage area or heavily use cell data for streaming or other activities, Ting probably wouldn’t save you money. But if you’re covered by their network, and either have minor data use – or are regularly within hotspot range and can do most of your streaming/downloading via WiFi – then making the switch might be worth it. 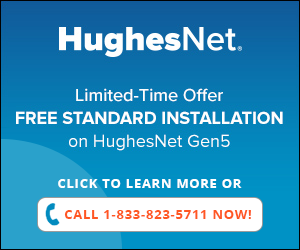