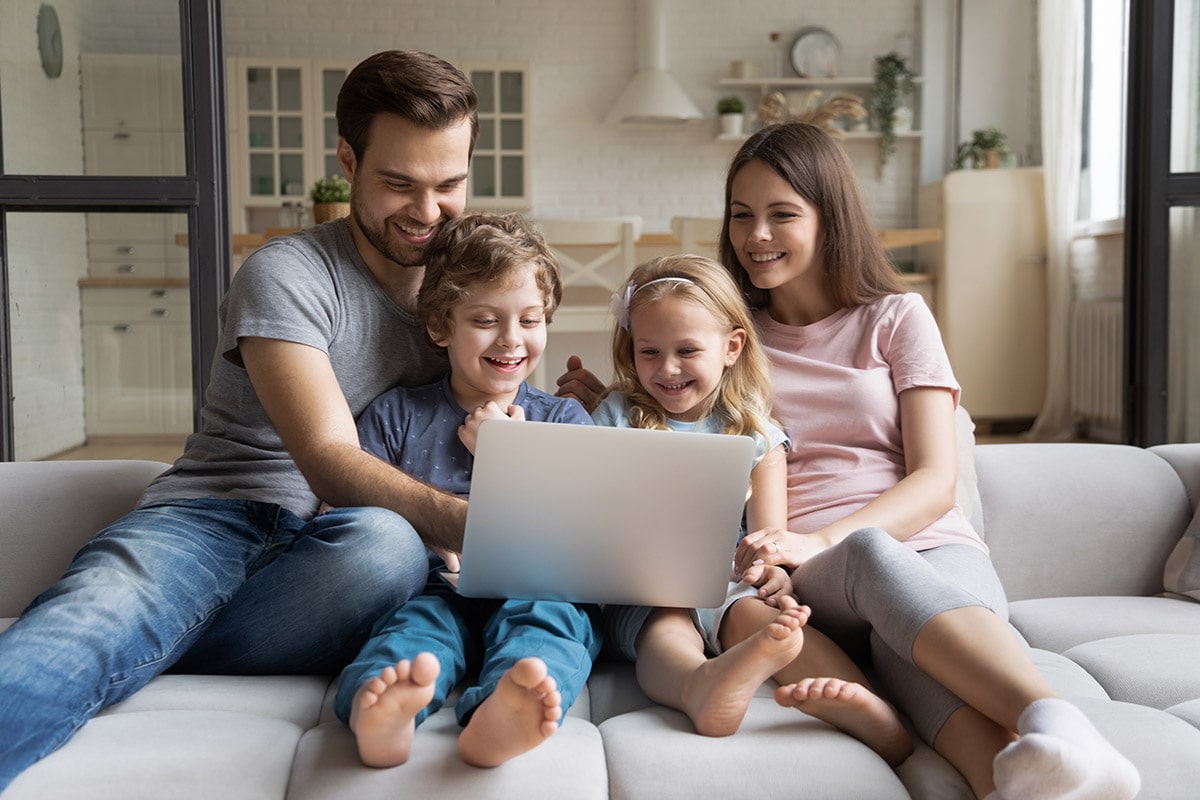 Rural areas are often forgotten and pushed aside by large ISPs because the cost of getting the infrastructure there is not worth their time. This often leaves consumers in those areas limited to spotty or slow satellite internet.

That’s where 4G and LTE technology come in. They are taking centre stage for rural internet providers with MVNOs (mobile virtual network operators) taking on the task of getting good internet deals to residents who have no other choice.

It’s the perfect solution because the local mobile signal towers in rural areas are rarely fully utilized. MVNOs don’t own any infrastructure themselves. Instead, they take advantage of those underutilized cell phone towers from major carriers and use the capacity left on the towers to bring 4G LTE internet services to residents in range.

But which MVNO has the best deals out there? Let’s see what they offer.

Infinite LTE Data offers its 4G LTE internet on T-Mobile’s network as well as both modems and hotspots ranging between $99 and $179.98.

While they advertise their services as unlimited, they do have a soft data cap. When users go over the 50GB data limit, they are subject to deprioritisation, meaning their speeds will be lower in times of congestion.

Infinite LTE has only one plan, but they offer discounts if you commit to longer time periods in advance:

The Unlimited Data plan will cost you $69.99 per month, but:

You can also choose to use your own device and purchase the SIM card only option, and pay $79.99 per month.

NetBuddy has contracts solely with AT&T and this means they have an extremely limited capacity for their services. This makes their whole business model a little different because customers can only sign up on the site when it’s unlocked.

As for hardware, NetBuddy doesn’t offer anything on their own. Only a list of supported AT&T routers and explain that customers must buy an AT&T-compatible SIM card on their own too.

The biggest downside is the customer service that is limited to a single email address with no information on business hours or response times.

This is one of the most affordable options of all the MVNOs, with their plan costing only $65 per month and no data caps (hard or soft) or limitations on data usage.

NetBuddy also offer a week-long test period where you can check their services and if you’re not satisfied you can get a full refund. There is a catch. As you’re buying the SIM card and modem from other retailers, you may not be able to return these for a refund.

UbiFi offers high-speed 4G LTE internet via AT&T cell towers. They have a fairly affordable monthly fee, but getting the hardware you need with them is quite expensive. That said, you can buy signal boosters from them directly as well as order a signal testing before you purchase making it a much lower risk.

There is a single plan that’s available for $89.99 per month and is paid on a month-to-month basis. No activation fees are mentioned on their website and there is a one-month trial period to test their services, but you’ll have to cover a restocking fee of 15% of the price you paid for the equipment and plans when you request a refund.

The hardware is costly, with the gateway being $314.99, the antennas start at $84.99 and signal boosters costing around $399.99. Which isn’t great if you’re living in a very low signal area.

Even though their plans are advertised as unlimited, they do, in fact, have a soft data cap. If you exceed data usage, you will be deprioritized. There is no mention of how much data you can use before this happens, but you will get a warning via email when you go over it.

The fair use policy is also a bit concerning. It states they can terminate services in cases of ‘excessive use’ but there is no mention of what they consider excessive. They also mention they can charge you fees or ask you to pay extra so it’s worth contacting them directly.

UnlimitedToGo has agreements with T-Mobile, Verizon, and AT&T mobile carriers giving them a bit more variety. Potential customers are advised to check the signal strength of each carrier in their area and then start with the option that is most affordable until they find an option that is most acceptable in terms of signal quality, strength, speed, and latency.

There are three plans available, one for each carrier, and the prices vary greatly between them.

If you are lucky, you will only have to pay $99.99 per month, and if you’re not and have to go with the most expensive option, you will end up paying around $199.99 per month. So, depending on the carrier for your local area it will very much affect the price.

It’s also worth noting that the routers and mobile hotspots must be purchased and cost between $99.99 and $149.99. There is also a two-week refund policy where you won’t be billed for the first two weeks, but the refund doesn’t cover device costs.

UnlimitedToGo are one of the few MVNOs who mention speeds, and you can expect between 20Mbps and 50Mbps, possibly more if you happen to be near a tower that’s not congested.

The downside is that they aren’t truly unlimited either, with their fair use policy stating customers must ensure they don’t use data excessively or the speeds will be throttled.

Broadband Q offers LTE and 4G internet solutions that are available to 98% of all US residents. They have a 10-day trial where you can get a refund for the whole amount you’ve spent including activation fee which is unusually good. The biggest issue currently is that there is no direct way to order their services online. You have to fill out a form and wait for them to call you to finish the process.

Broadband Q plans start at $99 per month, but unlike many others they aren’t an unlimited provider, at least not for all the plans. Their plans differ based on how much data is included: 30GB, 50GB, or Unlimited which means for what you’re getting they can be fairly expensive.

That said, they do advertise unlimited streaming services for all of their plans which means as long as you stream in 480p you won’t be using your plan data. Although this only applies to eligible services.

If you go over the data limit with other activities, you will get an overage charge that is very high at $10 for every GB.

Their equipment activation fee is also fairly high at $199. While they do not reveal the exact modem model, it’s good to know it comes with a two-year manufacturer warranty.

They are focused on long-term clients, so their services must be used continuously. There is a membership fee, which is a one-time payment of $249 that every customer has to pay. If you discontinue the services you will have to pay the same fee again to re-setup.

The monthly fees span from $150 to $249 per month. They offer both router and hotspot devices, with prices starting at $99.

Contrary to their name, they aren’t truly unlimited either and have soft caps somewhere between the 200GB and 500GB mark. This is much better than most other providers, but it still represents a soft data cap. Those going over the 500GB mark repeatedly will be asked to purchase one more account, potentially bringing the price to $500 per month.

For those who want to test the service, there is a refund policy for the first 14 days that covers the subscription and one-time membership fee and starts from the day you receive your device.

GotW3 works with two of the major cell network providers in North America (AT&T and T-Mobile), meaning that you will get a signal from the nearest cell phone tower at all times. Their routers are fully mobile, which makes it a great option for those on the go.

The monthly fees are $109.99 per month for either the Urban or Rural plan. There’s also the money-back guarantee minus the $50 restocking fee that will be subtracted from the full refund amount, and also a $25 reconnection fee in case you cancel your service but change your mind and need it set up again.

The router price is the biggest pain point because you have to pay a one-time charge of $227.49 for the router.

Although GotW3 don’t expressly discuss their speeds, they do mention the service is not exactly gamer-friendly. With statements putting online gaming into the same basket as bitcoin mining and that they will be penalized.

There are also soft data caps to worry about, placed somewhere between 300GB and 500GB per month, but luckily, there are no overage costs. But when you go over the data cap, your speed will be limited.

Most 4G rural internet providers we tested provide robust solutions. While almost every one of them has a few hidden fees, these are usually disclosed during the purchasing process or in their fair use policies, so always keep an eye on that.

The most problematic aspect for many of these providers is the cost of the hardware as well as the monthly fees. The biggest upfront cost, sometimes easily going over the $500 mark when you need signal boosting equipment too is a lot to penalize rural users. Luckily, some providers offer affordable routers.

The “unlimited” aspect is another pain point. All of the 4G rural internet providers advertise unlimited data plans, but the reality is that only very few have no hard or soft data caps whatsoever and won’t be policing their customers on how they utilize the internet.